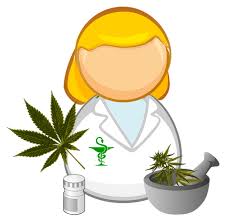 March 10th 2022, BRANDON MS – This is a partial summary of the most recent City of Brandon Board Meeting held on Monday March 7th 2022, as well as information gained by Brandon042® staff.

At the recent City of Brandon Board meeting this past Monday night, the Board of Aldermen voted on whether the City of Brandon would opt in or out of medical marijuana following half an hour of public comment prior to the board deciding on the issue. We want to provide readers with a summary of those comments and the votes that were made.

During the public comments portion of the meeting, there were several who spoke regarding the issue. First, Kathy Strahan spoke against the city opting into medical marijuana.

Former Rankin County Court Judge Kent McDaniel, also a former narcotics officer and now with the Mississippi Cannabis Alliance, encouraged the board to delay the vote for a few weeks. Judge McDaniel stated that Ole Miss has had a marijuana grow facility for decades and medical marijuana would be beneficial.

Mississippi Cannabis Patients Alliance Founder/CEO Angie Calhoun then asked the board to delay the vote to give the board members more time to digest the bill the legislature passed in light of the May 3rd deadline for the city to make such a decision. Mrs. Calhoun said that medical cannabis is a solution for sick people, testifying that her son went to twenty-two different doctors and was given seventeen different prescription drugs. Their son lost 40 pounds and was not able to eat. Ultimately, she and her husband were able to seek relief with cannabis in Colorado, where her family was able to go to a restaurant and her son was able to keep food down.

Brandon business owner, Buell Polk, of Polks Drugs, continued public comment and urged the Board to be mindful of their constituents’ position. He said that 30+ states have approved some form of medical marijuana and that rules and regulations are set in place. He articulated his goal of operating a dispensary in Brandon next door to Walgreens in the former bank building across the road from his existing pharmacy on Crossgates Boulevard. He said that the location is in the heart of the Brandon medical community, next door to the hospital and several nursing homes and rehabilitation facilities. He also stated that most conditions in the bill are terminal.

David Jefcoat, a Brandon business owner, who had previously spoken about the issue during public comment, then said that medical marijuana would cause more problems.

Crossgates resident Joe Oaks also asked the board why they would open the door to illegal and criminal activity.

Lastly, Monica Baldwin of Crossgates stated that voters did not know what they were voting on when they voted for the constitutional amendment. She stated that medical marijuana was going to be abused. She concluded her comments by saying that she supports medical marijuana but wanted the issue to be a short bill and not over 400 pages.

The Board then considered a motion to approve a resolution generally opting out of the cultivation, processing, sale and distribution of medical cannabis and cannabis products within the geographical limits of the City of Brandon, as authorized under the Mississippi Medical Cannabis Act. Alderman Vinson made the motion with a second from Alderman Williams. During discussion prior to the vote, Alderman Vinson stated that he cannot support the bill, as is, because schools will have to dispense to children and a front desk worker would likely be dispensing to children. The motion for the City of Brandon to opt out of medical marijuana passed by a vote of 5-2, with Aldermen Craine and Coker opposing.

The Mississippi Cannabis Patients Alliance has indicated that they will soon begin the petition process. The law passed by the legislature allows for citizens to opt-in their city or county with a petition of signatures from 20% of the qualified electors or 1,500 of the qualified electors (whichever is less), which would then require the governing authority (the City of Brandon in this case) to conduct an election to determine whether its decision to opt-out should be overridden (and for the Act to apply). Such an election can be held every two years subject to the submission of a qualified petition.

In Brandon’s case, this would mean a petition of at least 1,500 registered voters’ signatures, which would need to be collected and verified by the City. The City would then call a referendum within 60 days (a “special election”). The referendum would be required to have 50% of the voters casting their votes plus 1 vote, in order to pass. If the referendum fails, two years must pass before the petition/referendum process could occur.

For what it’s worth, the City of Brandon still has the option, at any time, to opt in. The choices for opting in pertain to any or all of the following:

The City had some documents related to the medicinal marijuana issue available at the Board Meeting as well. One of those documents was a Summary of the Mississippi Medical Cannabis Act by Butler Snow. This document is available by CLICKING HERE.