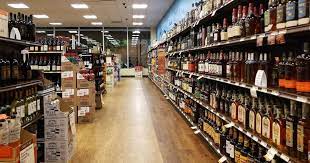 Brandon MS – There has been some online discussion recently regarding liquor stores here in Brandon MS. While there are a few with a Brandon MS address, they are outside the city limits. It’s our understanding that approval of a liquor store inside the city limits requires approval from our Board of Aldermen (a majority vote). IF such is approved, the city would likely need to draft parameters under which such a location would be permitted, as well as possibly the aesthetics, square footage, etc. NOTE: It’s our understanding the State of MS handles liquor store licensing, not the City.

An online petition was recently published, with the intent of gathering online signatures of those in favor of the measure. We spoke with one of the organizers of the petition to get some insight. According to the organizer, the petition’s intent is not to encourage 10 liquor stores in Brandon. It was stated that there are 3 liquor stores near the Reservoir and that Brandon citizens and likely others from Rankin County have to drive 15 to 20 miles each way to get liquor, which provides sales tax revenue outside the city of Brandon. It’s the feeling of the organizer that it makes sense to have liquor stores inside the city, so citizens don’t have to travel as far, and to keep revenue here, particularly considering liquor by the glass is already available within the city. As of this writing, the petition has just over 300 online signatures. However, it was noted to Brandon042® that a few of the online signatures may be from residents outside the city limits of Brandon. We mentioned this to the petition organizer, and were told that even though a few may be from outside Brandon, they likely would come to Brandon to buy from a liquor store here. It was also mentioned that there’s likely some apprehension from some, in publicly signing such a petition, and the organizers believe there are many more who support the initiative, but don’t wish to have their names in the public. If you’d like to view or sign the online petition, it is AVAILABLE HERE.

Since an online petition to support the measure exists, we thought we’d conduct an anonymous survey, to see what reactions are out there, for and against the topic. It’s also our understanding that local attorney Lance Stevens (Stevens Law Group, PLLC) is representing a small group of Brandon businesses who support a “well outlined” ordinance to allow liquor store sales inside our city limits. We spoke with Mr Stevens about this, and asked a few questions:

Q: What is the business angle on the liquor store issue?

Businesses seem to support the idea of allowing liquor stores in Brandon as a source of additional sales tax revenue to the city and to enhance the vision or perception of the city as keeping up with the times.

Q: What kind of revenue?

Q: What are the pros and cons beyond tax revenue?

Q: What are the bad optics?

The Aldermen in charge of researching, drafting and voting on this issue can address optics by limiting sites to commercial areas, creating a meaningful minimum square footage of display, establishing proximity restrictions and regulating signage.  Bank on that.

Q: What can the average voter do to move the needed?

Call your Alderman.  Tell him or her your position on the issue.

Now we want to give both sides an opportunity to voice an opinion. So we put together an anonymous survey for this. Love the idea or hate the idea, here’s a chance to make a comment. Click the picture below to fill out the survey, but do it SOON… the survey closes late Saturday night, October 2nd 2021. Should there be a public session regarding this with our Board of Aldermen, we’ll be sure to present the results from this survey.

2020 Census Numbers for Our Area

Brandon B-Club Luncheons are Back