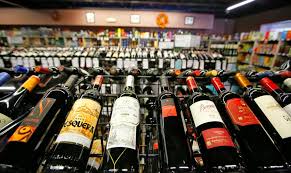 Brandon MS – Brandon042® conducted an informal survey a couple weeks ago regarding liquor stores being available here in Brandon. The survey was online and open for just under 3 days. During that time, we had 637 responses to the survey:

At the Board of Alderman meeting on Oct. 4, as foreshadowed in a previous Brandon042® post, attorney Lance Stevens urged the Board to place the liquor store issue on its agenda promptly and requested that the work session preceding the vote be well published to encourage public participation. Stevens stated he was representing several individuals, business people, a developer and “my wife.”

Possibly the most poignant observation began the presentation. Stevens noted that the vote of the Brandon residents on this issue occurred years ago. The August 20, 2013 vote in the City of Brandon, which carried by a 61.4% to 38.6% margin, approved BOTH liquor sales in restaurants AND liquor stores. As repeated by the Mayor in a recent business group meeting and newspaper article immediately after this Board meeting, all that is now required is a ‘thumbs up’ vote from the Board.

The public plea was bolstered by the public outcry of late. 438 signatures were garnered on an online petition supporting liquor stores while our own survey was pretty lopsided. A 90% supermajority of those surveyed approve of liquor stores. Well over half of those approving the measure support the free market, not the government, determining the number of liquor stores that open. While Brandon042® takes no position on this issue, it seems impossible to argue with the fact that an overwhelming majority of Brandonites who have voted or publicly expressed their opinion support the immediate authorization of liquor stores in the city.

Brandon citizens voted to allow liquor stores in 2013, so the only remaining piece is for the Brandon Board of Aldermen to approve a location in the city. At that point, the Aldermen/City would likely need to set the parameters under which a location would be permitted (location, size, whether stand-alone or part of a “strip” development, aesthetics, etc).

The Rules & Regulations of the Department of Revenue, Alcoholic Beverage Control (ABC) division, for obtaining a liquor license once a city approves can be found at https://www.dor.ms.gov/abc/laws-rules-regs. It’s important to note that liquor store licensing (applicant selection and approval) is not determined by the city, as that is handled by the ABC.

You may provide input to your Aldermen by contacting them at the e-mail and phone listed at https://www.brandonms.org/leadership/board-of-aldermen/ Please be reminded that short, polite statements of your desires, one way or the other, are far more effective than lengthy dissertations or passionate rants.

The original article from Brandon042® regarding liquor stores, posted on September 30th 2021, may be viewed HERE.