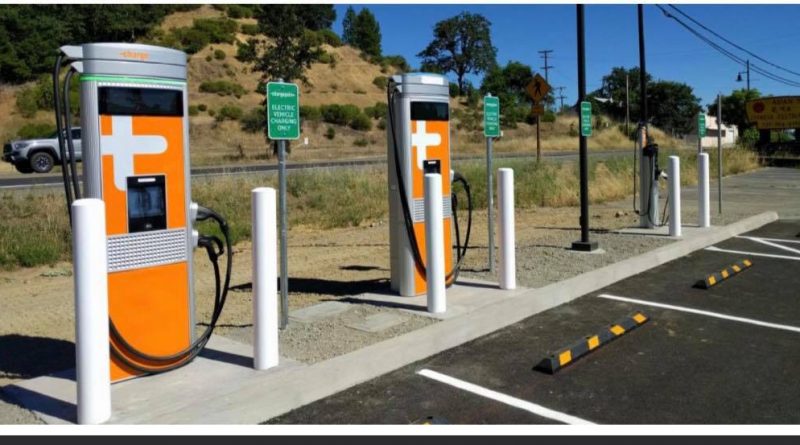 Brandon MS – The City of Brandon held a Board Work Session and Meeting Tuesday evening, Sept 7th 2021. During the work session, Mayor Butch Lee introduced several items to the Board, for consideration as future projects for the city. One such project is to consider the development of an Entergy Electric Vehicle Charging Station. The proposed location is at Oak Street, near the intersection of Hwy 80 and I-20, by Taco Bell.

The development would involve Entergy paying the cost of installing the Station, which is said to be $240,000 per unit plus ongoing maintenance. The preliminary proposal calls for 2 units at the location, with the possibility of more. The city’s responsibility would be to develop the property so that it’s suitable for the project. This would likely include some paving, curbing, additional lighting, and green space.

It is Entergy’s plan to install charging stations every 50 miles or so along the interstate. The cost of charging a vehicle will likely be paid by the user, although it’s currently unknown what that fee may be. In some areas and stations around the country, fees for electric stations are priced per kWh used, while others offer a monthly or annual subscription. Access to charging stations is a key component in electric car sales. There are likely many who may consider buying electric, if there is a more viable network of charging stations.

There are some important aspects of this potential development. First, the property is currently considered an eyesore by many. The property is also 16th Section Land. While this doesn’t prohibit the development of such, it certainly is a consideration regarding development. The property was demolished in 2013 in advance of the new Hwy 80 / I-20 on-ramp and Highway Improvement Project (was an $11M project including the new bridge). That project took over much of the parcel, with only a remnant of the parcel remaining. As such, the parcel has extremely limited use, and has been vacant for 8 years, thus undeveloped.

Here are some FAQ’s regarding this potential project:

1. Who’s paying for this? Entergy is pledging to pay for the installation of the Station, as well as the maintenance of the charging stations. The City of Brandon would pay for the 16th Section lease on the property, provide the required fencing, lighting, curbing, etc as well as the regular maintenance and care of the property itself. Let us know if this is accurate, or if it should be phrased differently.

2. How much is the 16th Section Land lease on this property (which the City will be paying)? The lease is approximately $4,600 per year.

3. Is the project approved or “in the works”? No, not yet. Mayor Butch Lee presented the project in a Board of Alderman Work Session, so the Board may consider moving forward with the project.

4. Do we have to do this? No, the City does not have to move forward with this project. However, Entergy is already committing funds to such a project and will likely put it elsewhere (nearby) if the City declines.

5. Isn’t there a better location in Brandon? Not currently, at least not with the features of this particular parcel. There’s simply not another similar sized parcel that is vacant, available, and has such close proximity to the interstate. And remember, this parcel is actually a remnant of its original size, thus has very limited use.

What about on a parcel near the Crossgates exit? Property in this area is very expensive and owned by others (not the City or RCSD).

What about the new parking lot in Downtown, near Burgers Blues Barbecue? This parcel is already planned for actual parking for the Downtown area. Additionally, it doesn’t have nearly the close proximity to the interstate and exit as the proposed property.

Development of the charging stations at the proposed parcel will certainly improve the appearance, which is also somewhat of an entrance to our city.

NOTE: Being as Entergy will be paying several hundred thousand to install and maintain the charging stations, they play a part in the site selection.

6. Isn’t there already charging stations near the Outlets in Pearl?  Yes, for one particular make of electric vehicles (other may use them with an adapter). The chargers at this location are not nearly as close to an interstate exit as the proposed location here in Brandon. Additionally, the potential charging stations here may be more advantageous to those traveling west on I-20. And remember, Entergy is planning to develop an Electric Charging Station in this area anyway.

7. How long will an average electric vehicle stay at the Station? It’s our understanding these chargers will be quite fast, allowing most users to fully charge in 30 minutes (although some drivers may charge for less time). .

8. Is this really necessary? How many electric cars are actually in Brandon? First of all, the number of electric vehicles in our area is likely to only increase in the next year to 5 years and beyond. While these chargers may be used by citizens of Brandon, they’re likely more attractive to those traveling along I-20, which may bring visitors to stop in Brandon who might not have otherwise. Most electric vehicle owners have a charger at their own residence, so those with electric cars in Brandon will likely charge up at home. The traffic count on I-20 in our area is 55,000+ cars per day.

According to our research, as of 2020 there are over 1.7 million electric vehicles in the U.S., or more than three times as many as in 2016 (according to the International Energy Agency). This includes all three electric types, All-Electric (the fastest growing category), Plug-in Hybrid, and Fuel Cell vehicles.

Electric vehicles may not replace combustion engine vehicles in the next 30 years or so, as older vehicles can stick around for a decade or two, while still being viable. But the number of electric vehicles is certainly expected to grow significantly.

9. How much will it cost to charge a vehicle at the Station? The cost of charging a vehicle will likely be paid by the user, although it’s currently unknown what that fee may be. In some areas and stations around the country, fees for electric stations are priced per kWh used, while others offer a monthly or annual subscription.

10. How will people know about the Station being there? There are independent websites and mobile apps that show maps and locations of electric charging stations. It’s our understanding signage will be erected on the interstate indicating the Station is at the appropriate exit ahead. We also envision there will be information at the Station regarding our area… such as a large sign with a list of things such as “Downtown Brandon, 0.6 miles this way”.

11. How can I find out more about this project? You’re welcome to attend any and all City of Brandon Board Meetings, and Work Sessions. If you can’t physically make it to the meetings, they’re also live-streamed to the City’s YouTube Channel and archived. So you can go there and watch yesterday’s sessions. Beyond that, feel free to speak with your City of Brandon Alderman.

Editor’s Note: This article was drafted and published by Brandon042®, not the City of Brandon. We are not taking any political side on a debate regarding electric vehicles. We are not pushing them nor discouraging them. We kind of like the sound and rumble of a late 60’s high torque engine. We are simply reporting about a potential project being considered by the City, and providing as much insight to the details as possible.