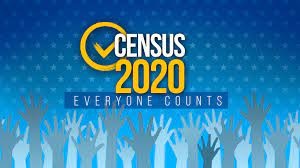 Brandon MS – 2020 Census data has recently been released. While our state did see a decline in population, the Census data revealed that our state will not be losing a seat in the House. Mississippi’s population experienced a slight dip, and is one of only 3 states in the country to do so (Illinois and West Virginia). Mississippi lost 6,018 residents, for a 0.2% drop from 2010. Our state’s population also diversified a bit.

NOTE: 2020 Census stats retrieved from Clarion-Ledger, and other sources.